Henry Cowen’s article in Fly Fisherman Magazine describes “Our Fly Fishing Mount Rushmore” & the faces that would be chiseled into his “Mount Rushmore.”

Cowen describes Lefty Kreh’s influence in the outdoor world bring fly fishing to everyone & acting as the best fly fisherman in the world.  His timing helped make the use of book, video & internet & launched him into the status of greatest.

One of Lefty’s great mentor and influencers was Joe Brooks that was one of the initial “rock stars” of fly fishing.  Brooks’ appearances on Wide World of Sports & American Sportsmen helped make him the father of American fly fishing.

These are Henry’s top four influencers in fly fishing, but what are yours?  The Outdoor Guys from Jesse Brown’s want to know? 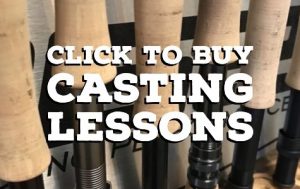